You are here: What's On > Derry Halloween 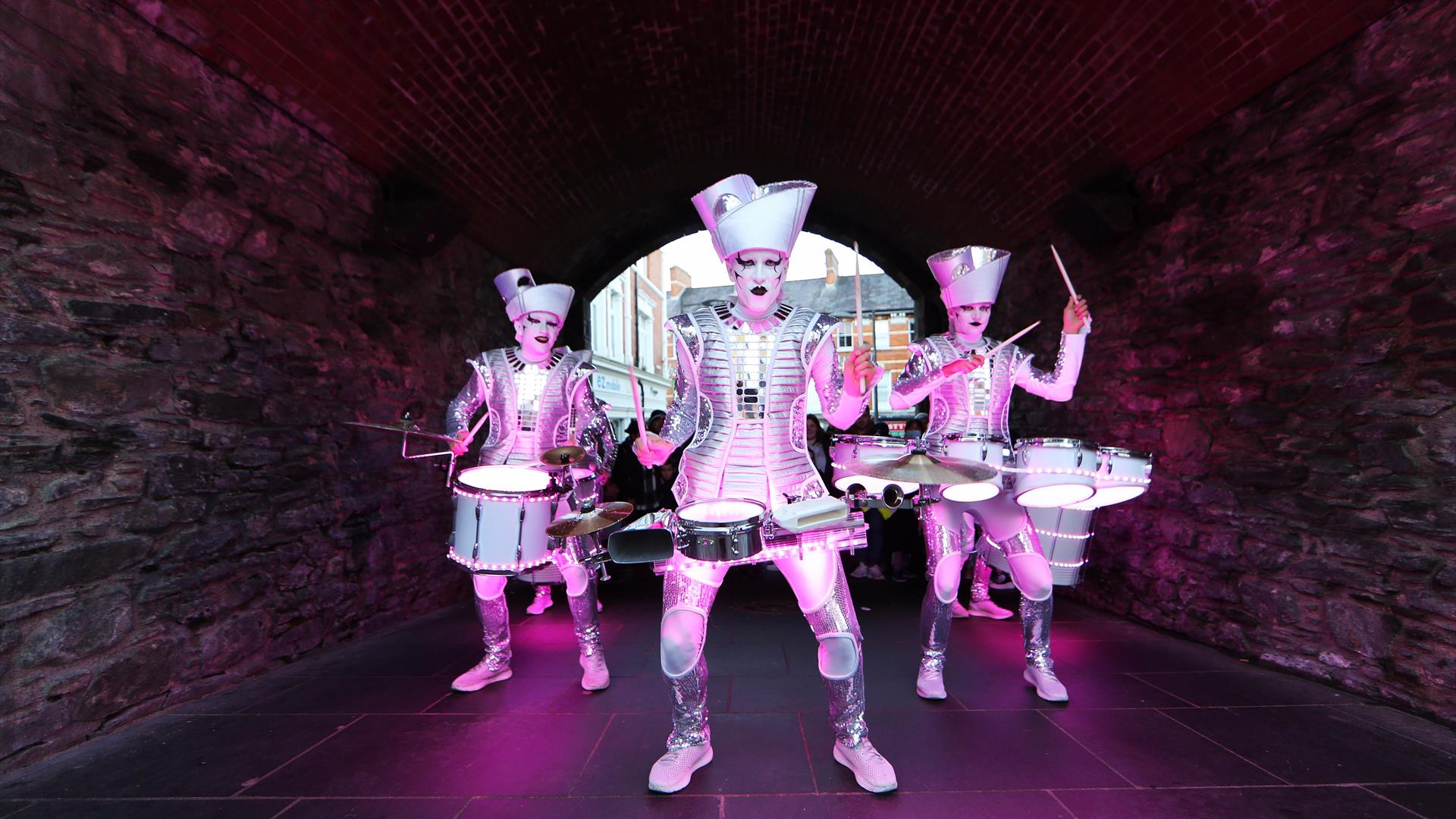 From 28 - 31 October, the Walled City comes alive with ancient spirits welcoming you to join our Awakening. Fill yourself with folklore, feasting, and festivity, as Derry~Londonderry reopens the pathways of the Halloween travellers of the past.

There will be a parade and fireworks on Monday 31 October. Suitable for all ages, this is a great family event. Don't forget to arrive in fancy dress!

Awakening of The Walled City

A great Samhain gathering awaits in our spine tingling City of Bones. Venture across the Peace Bridge to our immersive Forest of Shadows, where the unbelievable seems believable for a few enchanted nights at Awakening the Walled City.

In 2022 the Ancients will return to Derry Halloween’s Spirit Worlds, each representing a different spirit of Samhain. The myths and mischief of Samhain will be interwoven throughout, connecting our city to the Worlds Beyond the Walls.

The main 'Awakening The Walled City' programme will be in two areas:​

The City of Bones

Prepare yourself to meet Walter de Burgh and his ancestors as they haunt the confines of the Walled City, turning it into their very own ‘City of Bones’. With installations, illuminations and guises to chill even the coldest of hearts, the spirit of this starved knight will be welcomed by the people of Derry as they embrace Samhain.

The Forest of Shadows

As the veil between this world and the next decays, walk through the portal where the veil is at its thinnest along the banks of the Foyle. Nothing is what it seems as you enter the lair of Phantom Queen Morrigan. Beware of paths lined with shape-shifting creatures and shadows that disguise whatever Queen Morrigan desires. She will lure you in to the depths of the forest…..if you dare….

After a long three years, the famous Carnival Parade will return to Derry Halloween! Organised by the North West Carnival Initiative, the Carnival Parade will bring the festival to a thrilling close on Monday night as some of the City’s finest performers bring the story of the 9th Wave to life, reawakening the river Gods for a fearsome display of magic and mayhem led by some of our most spooky spirits of the deep. The celebrations will culminate in the Festival Finale fireworks with all eyes on the River Foyle for a deathly display of pyrotechnics.