You are here: Things to Do > Museum of Free Derry 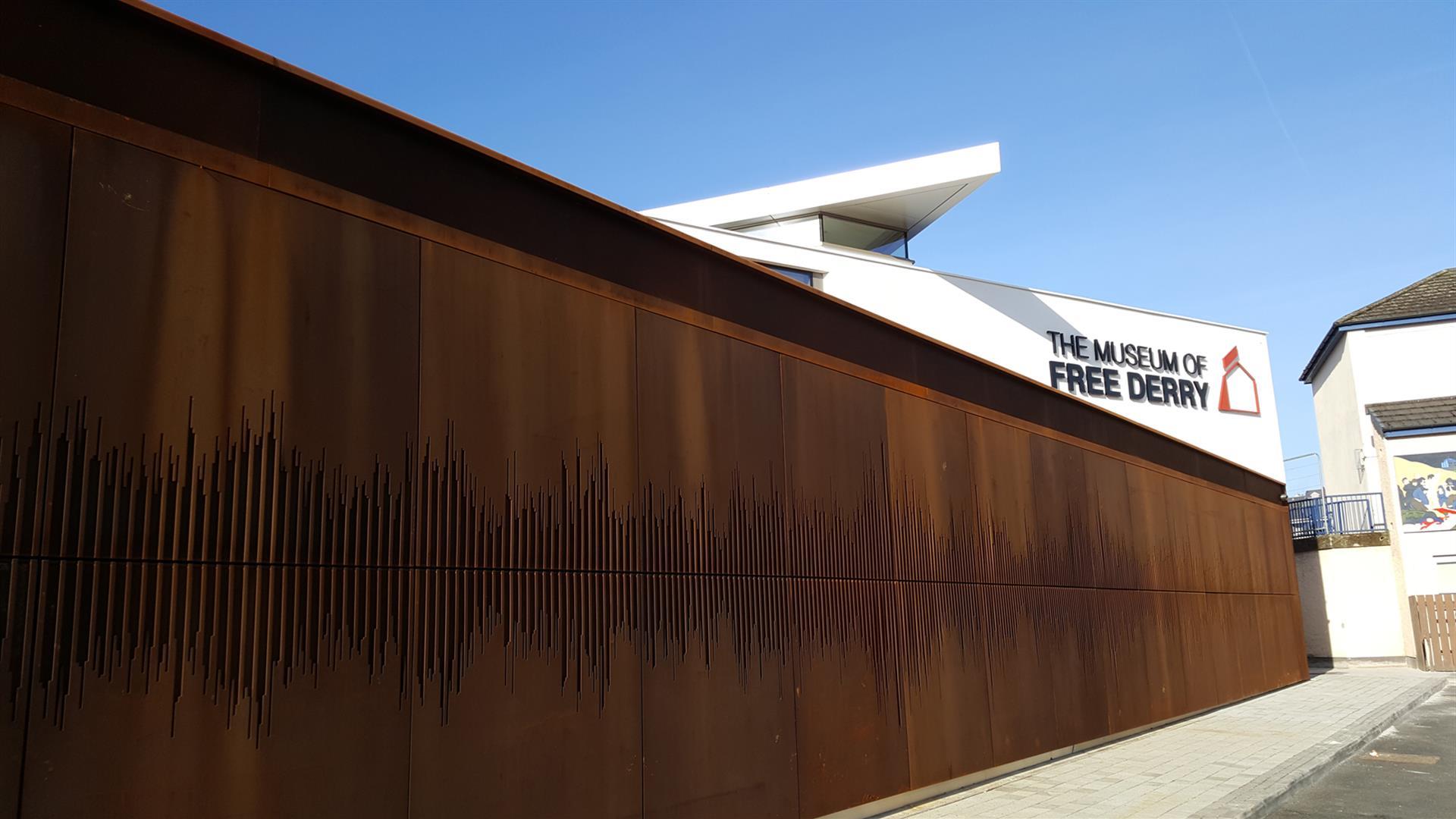 The Museum of Free Derry re-opened its doors in Derry’s Bogside following an extensive redevelopment and offers a full multi-media exhibition on the civil rights and early conflict era in the city, including Battle of the Bogside, Internment, Bloody Sunday and Operation Motorman.

The museum was established by the Bloody Sunday Trust in 2006 to tell the story of the civil rights movement and the creation of Free Derry in the 1960's and 1970's, and it has become an important part of Ireland’s radical and civil rights heritage. It tells the story of how a largely working class community rose up against the years of oppression it had endured.

The museum is a public space where the concept of Free Derry can be explored in both historic and contemporary contexts. Free Derry is about our future together as much as it is about the past. The struggle of Free Derry is part of a wider struggle in Ireland and internationally for freedom and equality for all. It tells the people’s story of the civil rights movement, the Battle of the Bogside, Internment, Free Derry and Bloody Sunday.

Brand new, award winning purpose built museum has an archive of over 25,000 individual items relating to this period in the city’s history. Most items with immense historical significance were donated by local residents.

Directions from Town:
Located in Glenfada Park off Rossville Street a few minutes walk from the city centre. - From March 2015 the museum will be temporarily relocated to 39 Shipquay Street