You are here: Things to Do > St Columb's Cathedral 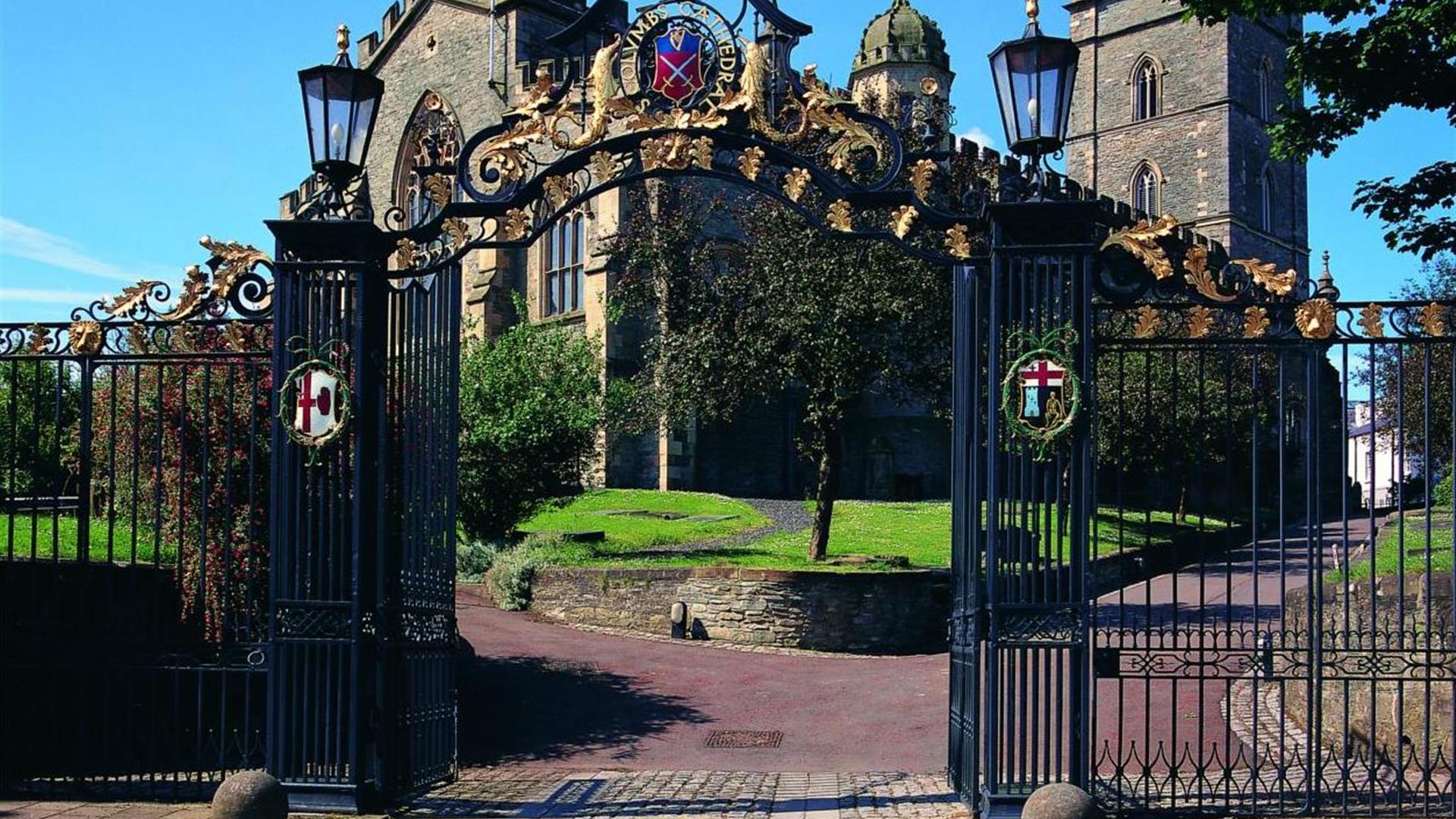 Saint Columb’s Cathedral, was the first Cathedral built after the Reformation. It is the city’s most historic building containing displays of artefacts from the Siege.

A fine collection of silver Communion plate, as well as information on famous personalities, e.g. Cecil Francis Alexander (the internationally renowned hymn writer), the Earl Bishop and the philosopher George Berkeley. An exhibition of facsimilies of the Book of Kells was recently opened.It is dedicated to the name of St. Columba (Columb),the Ulster monk who established a Christian settlement here in the sixth century.

St. Columb’s Cathedral was built in 1633 by William Parrot for the Honourable The Irish Society and is in the Planter Gothic Style.

The current tower and main building are that of the original Cathedral, with the spire being added in 1821. The Chancel was added in 1887 and the Chapter House in 1910. The Cathedral was built of stone from local quarries.

The old pillars and arches bear testimony to sound judgement and first-rate craftsmanship.The Cathedral has many fine stained glass windows, regimental flags, memorials and a large collection of historical items from the time of the siege. The foundation stone in the porch, part of which originally from the 12th Century Templemore Monastery of the Columban tradition is inscribed:

“If stones could speake, then London’s prayse should sounde who built this church and cittie from the grounde, Vaughan aed”came The peal of eight bells is the oldest set in Ireland, presented by Charles 1 in 1638."

A complete restoration of the Cathedral was completed in 2011.

Directions from Town:
In the City Centre head for the Diamond go up Bishop Street, turn first left in vehicle or second left by walking only.