You are here: Things to Do > Beer Masterclass 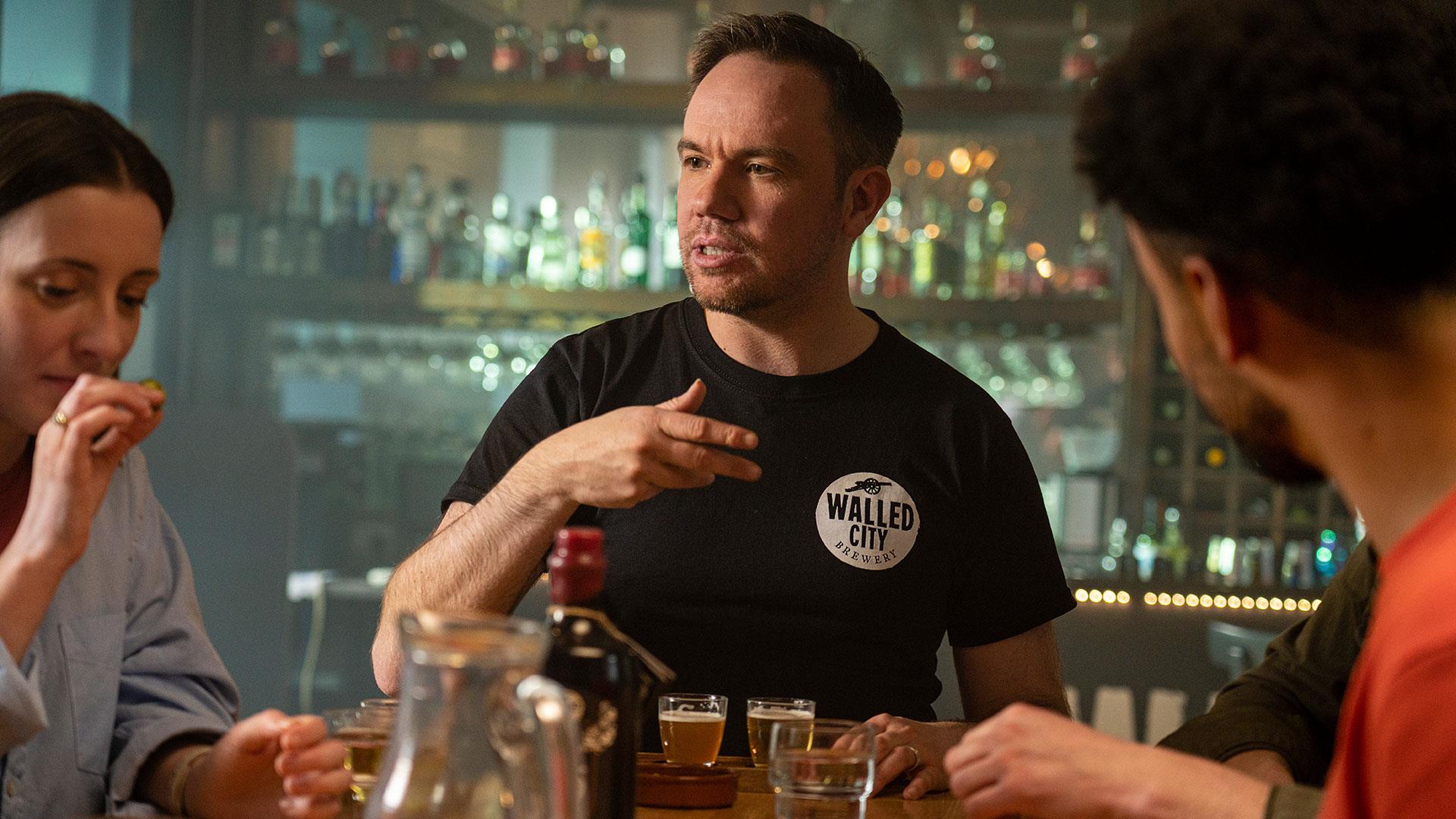 For craft beer aficionados, anyone with a thirst for a fun experience, or essentially anyone who likes really good beer, the beer masterclass at the Walled City Brewery is just the ticket!

Your experience will start with a quick tour of this famous liquid’s history, all the way from 9000 BC to the present day, via Ancient Rome and 1920s Prohibition.

And then the fun starts, when it's your chance to get hands-on with the ingredients and make your own micro-beer. There’ll be tasting too. You’ll get to sample 10 different beers. Among them there’s one made to a 3000-year-old Mesopotamian recipe. It sounds great but brewer James Huey readily admits that it's an acquired taste!

Moving quickly on, there’s also a creamy chocolate stout, delightfully named ‘Derrymilk’. You might enjoy a rather cheeky sour beer called 'Beerexit' (no prizes for guessing the origins of that one) and don’t miss the ‘Sister Michael Stout’, named in honour of the head nun in the hit TV comedy ‘Derry Girls’. A little of the city’s history is reflected in two more of the brewery’s craft beers. ‘Boom’ is a pale ale referencing the 17th century Siege of Derry; ‘Stitch’ celebrates Derry’s once flourishing shirt factories.

As you have probably realised by now, they don’t stand on ceremony here. Tradition and pride are very important, however. Opened in 2015, this is Derry-Londonderry’s first new craft brewery in a century. It’s also the first in the country to have a fully operating brewery and accompanying restaurant in the same building. The food is as inspired as the beer. It champions local produce including the Lough Foyle Irish flat oyster (the leftover shells are used to make creamy Foyster oyster stout), Whiteoaks organic vegetables, and Grants pulled pork. Delicious.

A few hours spent in this fabulous setting will have you falling in love with the multi-award-winning and bustling Walled City Brewery, found at the end of the beautiful Peace Bridge