You are here: Things to Do > Brook Hall (Heritage Trail) 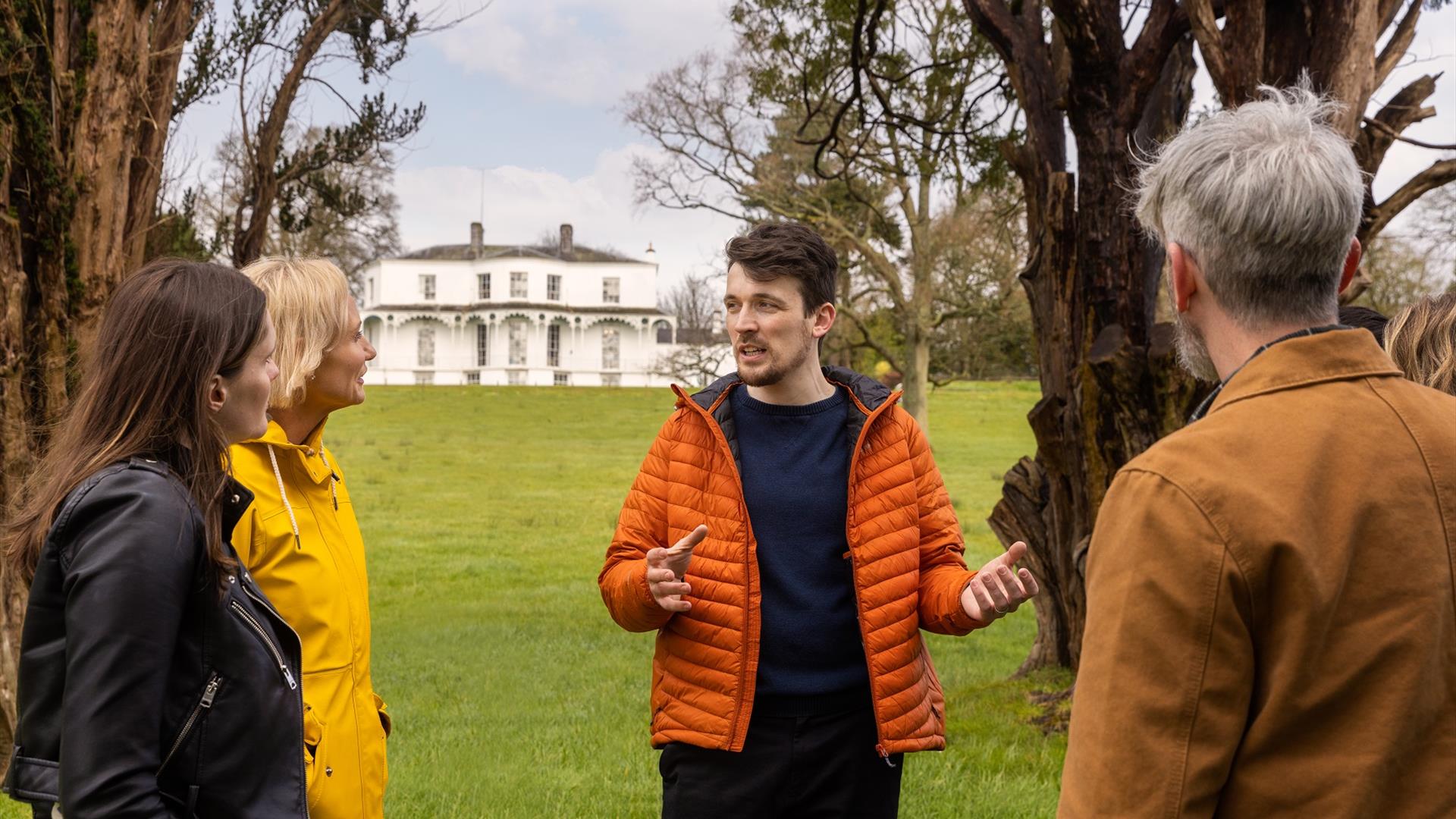 Brook Hall, together with the Arboretum and walled garden, is set in a Woodland Park, which faces South East. The ground slopes down to the swiftly flowing River Foyle some two miles downstream from the City of Derry. In the 18th and 19th Centuries, large sailing ships departed from Derry carrying Irish immigrants to the New World, returning, weather permitting, laden with grain or timber.

During the famous Siege of Derry in 1689, Brook Hall was the headquarters for King James' Army and the house was occupied by the Duke of Berwick who commanded the King's army.

The original house was replaced about 1780, by an elegant Villa on an elevated site to the North of the original house. Extensive planting and landscaping took place at that time. Trees planted where mainly Oak (Quercus robur and Quercus petraea), Beech (Fagus sylvatica), Spanish Chestnut (Castanea sativa), Lime (Tilia x europea), Sycamore (Acer pseudoplatinus) and included a particularly fine "Lime Avenue" just above the walled garden.

The new house was altered about 1816 when the balcony was added and it took on its appearance of a Regency Villa.

The House and demesne was purchased by Samuel Gilliland in 1852 and is still in the ownership of the Gilliland family.

Little further planting took place until about 1897, probably to commemorate the Jubilee of the Old Queen, when various plans including exotics were planted in the Woodlands. These included Sequoiadendron giganteum, Eucalyptus gunnii, Acer platanoides, Magnolia acuminata, Magnolia denudata, Liriodendron tulifera and Ginkgo biloba.

Commander Frank Gilliland (the Commander) (1884-1957) started the Arboretum in 1932. He originally employed the late Hugh Armitage Moore of Rowallane to design the layout and advise on the planting. From entries in the Brook Hall Garden Journal of that period, it would appear that the ideas and personalities of these two men were both very different and irreconcilable. The Commander ignored both the design and the advice. He proceeded on his own with, as he wrote in the Garden Journal, "the collection of rare and tender plants".

The planting books record the receipt and planting of many species over the next twenty years. They also list many losses, mostly attributed to frost. Strong winds may also have played a large part.

The plants where mainly purchased from the Nurseries of Hillier & Sons, and Smiths of Darley Dale, in England; from the Slieve Donard, and Daisy Hill Nurseries in Northern Ireland, and from Watson's of Killiney and Powers Nurseries of Waterford.

The Commander spent the last seven years of his life in bed as the result of a severe stroke. Little if any attention was given to caring for his plants during that period although new plants continued to arrive right up to his death in 1957 when David Gilliland, the present owner, inherited.

A long term program of thinning and clearing followed considerably lengthened in 1961 by hurricane Debbie which removed a large number of the original large trees in the paddocks and the shelter belts.

Upon completion of all these new works, new areas were cleared and planted and plants were measured and re-catalogued.

There is now a comprehensive collection of Conifers and hardwoods, including plants from the Southern hemisphere, and Chile, as well as woody shrubs such as Azaleas, Azara, Bamboo, Berberis, Buddleia, Cornus, Coryolopsis, Crinodendron, Davidia, Deutzia, Drimys, Embrothrium, Escallonia, Eucryphia, Kalmia, Ilex, Lomatia, Osmanthus, Pieris, Prunus, Rhododendron, Stachyurus, as well as extensive collections of Camellia and Magnolia.