You are here: What's On > Our Place in Space (UNBOXED: Creativity)

Our Place in Space (UNBOXED: Creativity) 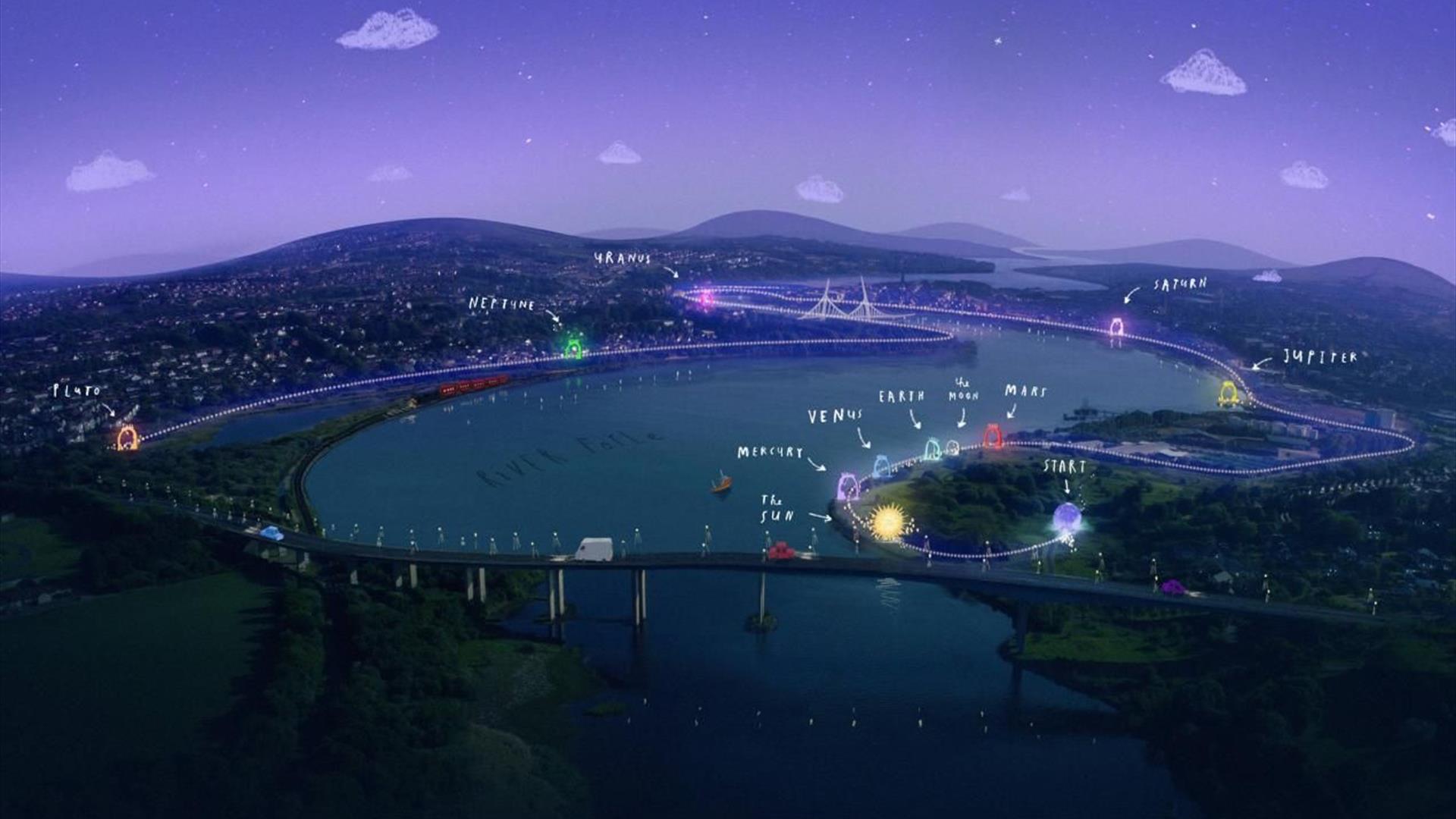 Bringing Our Solar System Down To Earth

When you look at Earth from outer space, our differences of opinion can seem just a little less important. Get a different view with Our Place in Space.

Our Place in Space is an epic scale model of the solar system designed by artist and children’s author Oliver Jeffers. The 10km sculpture trail of the solar system will animate the riverside in Derry~Londonderry for four weeks and will feature an epic programme of events. Launching on Earth Day on 22nd April 2022, the trail begins at the 'Sun' in Bay Road Park moving along the park by the River Foyle, running through the city centre, before heading across the river to the Waterside greenway to 'Pluto'.

From creating a star to writing a symphony for the universe, inventing a new form of transport, building a Minecraft planet or connecting with space watchers around the globe, Our Place in Space invites participants to consider how we might better share and protect our planet in future. It brings our solar system down to Earth and sends us soaring into the stars to find new perspectives and reconsider what it means to live life on Earth.

30th April & 1st May - In Your Space Circus Performances

30th April - Out of This World Storytelling

6th May - Stargazing with the Irish Astronomical Association

7th & 8th May - In Your Space Circus Performances

9th May - Dr Bike Session with the Bike General

14th May - Out of This World Storytelling

16th May - Dr Bike Session with the Bike General

20th May - Dr Bike Session with the Bike General

The Our Place in Space augmented reality app is coming soon to Google Play and the Apple App Store. It’s going to augment your reality in ways you really didn’t expect!

1. Use the app to support your visit to the trail or experience it from anywhere on earth

2. Track your steps through the solar system, collect space souvenirs and upload a star to the ‘Universe of Us'

3. Learn all about our solar system on the way