You are here: What's On > Nile Rodgers & Chic 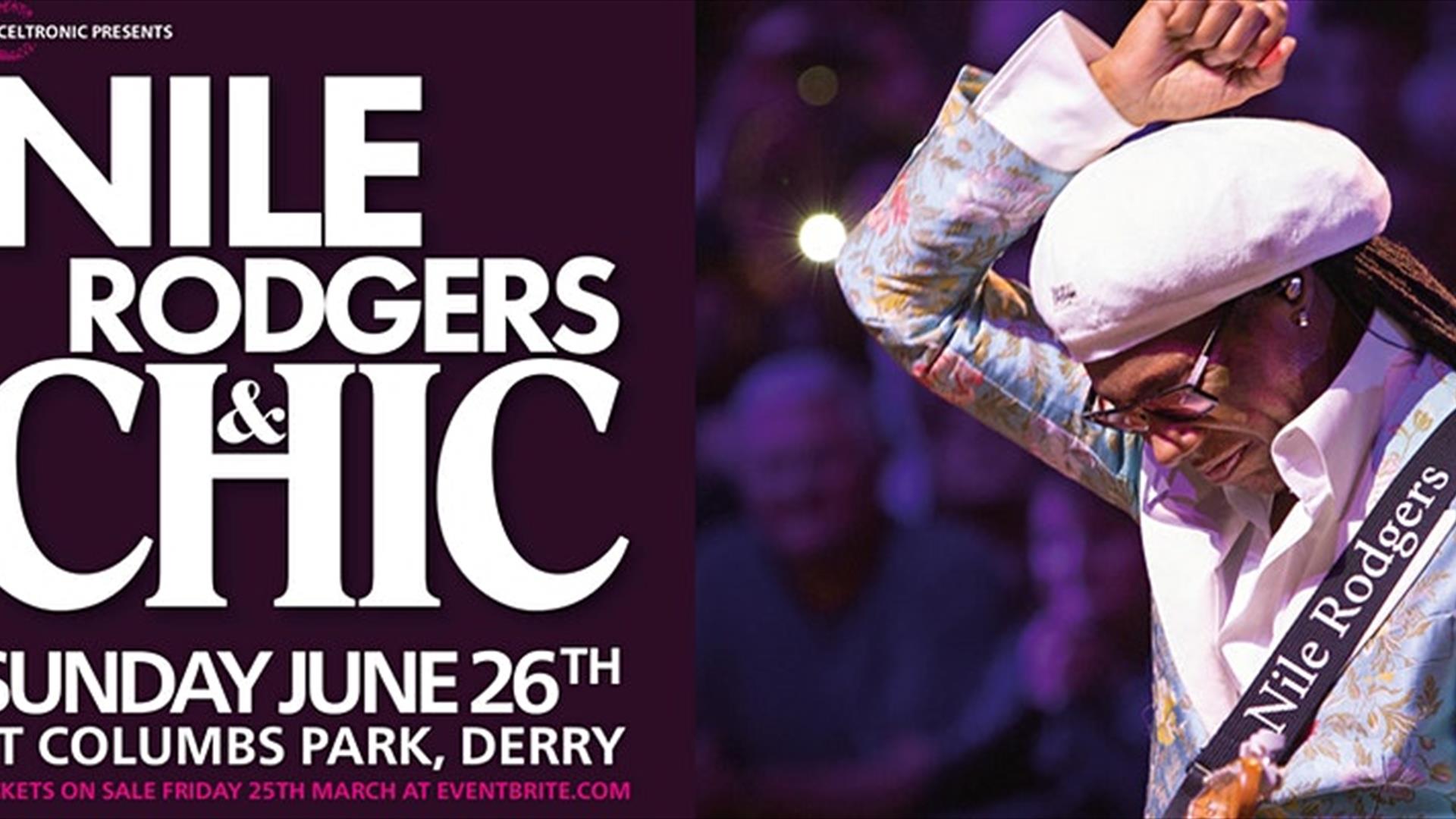 Celtronic have announced that legendary hitmaker Nile Rodgers and his group Chic will return for a gig in Derry this summer. The multi-award winning producer will take to the stage at St Columbs Park on Sunday June 26th.

During his lengthy career, Nile Rodgers has worked on albums that have sold more than 500 million copies and singles that have sold over 80 million copies worldwide. Celebrated for his collaborations with the likes of David Bowie, Diana Ross, Michael Jackson, George Michael, Sister Sledge, Madonna and Daft Punk, Rodgers is also the Chairman of the Songwriters Hall of Fame. With Chic, which he co-founded in 1970, Rodgers penned international hits such as 'Everybody Dance', 'Good Times', 'Le Freak' and 'I Want Your Love'.

Currently, Nile Rodgers serves as the first-ever Chief Creative Advisor for the incomparable Abbey Road Studios, and helms the critically acclaimed Apple “Deep Hidden Meaning Radio with Nile Rodgers” on Apple Music 1. He is also the Co-founder and Chairman of the We Are Family Foundation, since 2002.

His unforgettable live performances with CHIC have been included in “festival best performances” at both Glastonbury and Coachella resulting in a BBC Music Awards nomination for “Best Live Performance”, and the LA Times which stated: “Nile Rodgers influence stretches all over Coachella, beaming the sound of a better future”.

This is an over 18's event. ID required.