You are here: What's On > Amelia Earhart 90th Anniversary 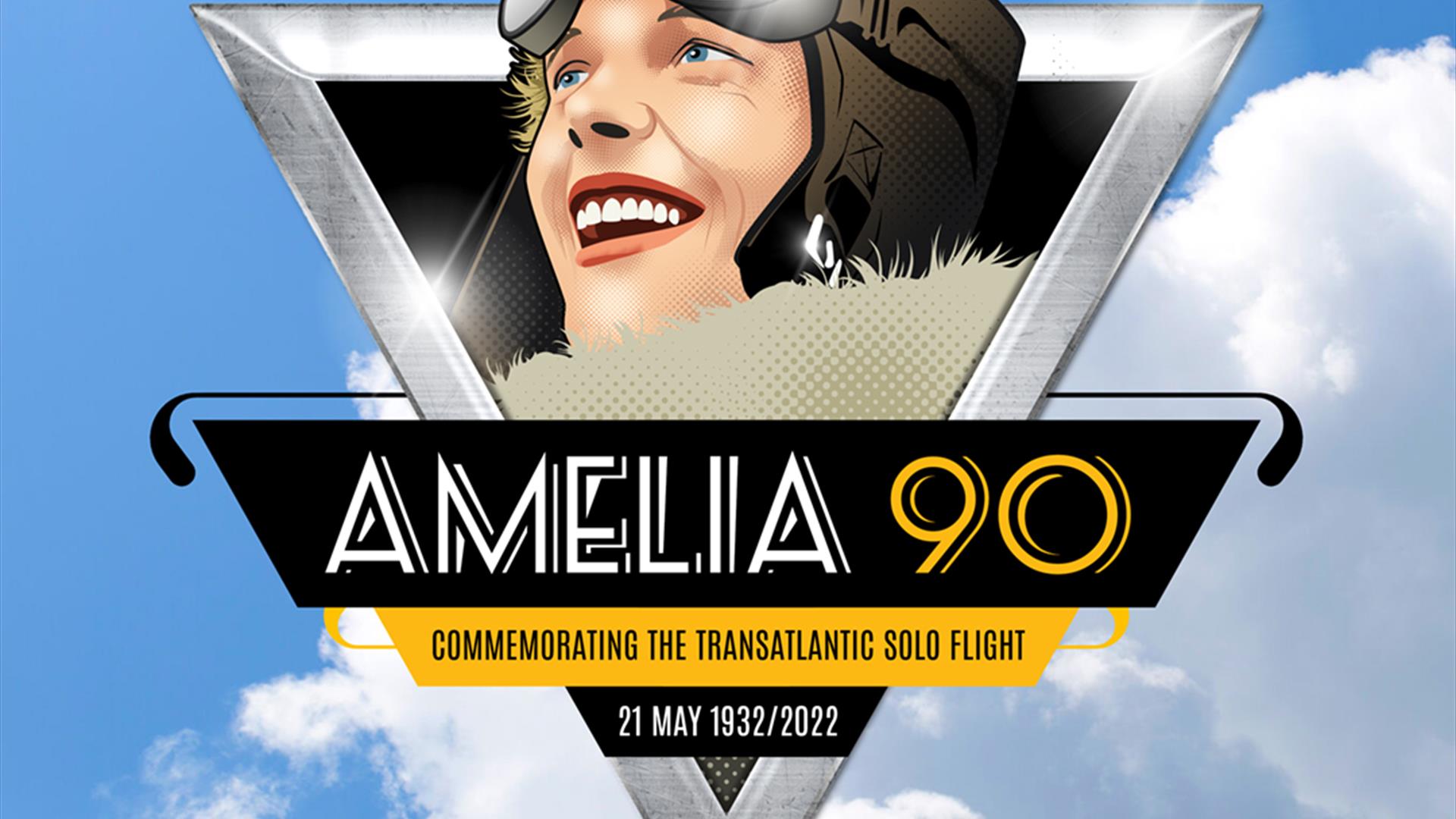 On May 21, 1932, 34-year-old Amelia Earhart became the first woman to fly across the Atlantic solo, landing in Ballyarnett, Londonderry. She took off from Newfoundland in her Lockheed Vega in a bid to become the first woman to fly solo across the Atlantic. She hoped to land in Paris, but bad weather and technical problems altered her course and instead, after a flight lasting almost 15 hours, she landed near Derry in the Gallagher family's field in Ballyarnett.

The 21st May 2022 will mark the 90th anniversary of this historic landing. A programme of events has been developed ensuring that the legacy of Amelia Earhart’s landing is remembered and celebrated for its great stride in female aviation to date.

GB0AEL Special event Radio Station
Ballyarnett Field- From 12pm Friday 20th May- Sunday 22nd May 2022
A special Ofcom authorised transmitting station talking to amateur radio operators all over the world promoting amateur radio and the Amelia Earhart event. Last year we managed over 15,000 contacts worldwide and had a special 2-way radio link with the Airport in Canada, the home town of Amelia Earhart.
Find out more: https://qrz.com/db/gb0ael

Amelia Earhart Audio-visual Experience at Visit Derry
Audio visual runs continually throughout the day.
Visit the award-winning Information Centre at Visit Derry and take in the Audio-visual experience which tells of Amelia's iconic landing in the city. Have a look around the centre which incorporates much of this story in its design. Located just across the street from Visit Derry, you will see the red plaque which was erected by the Amelia Earhart Legacy Association.
Find out more: www.visitderry.com

Amelia & The Collection
Tower Museum 19th-29th May
Come along to the Tower Museum, the 'Story of Derry' exhibition includes a collection of objects and archives linked to Amelia Earhart and her journey. Explore the history!

Amelia Earhart & Aviation Collections at the Smithsonian Museum
Friday 20th May 2022 12noon
The Tower Museum is partnering with the Smithsonian Museum Washington to celebrate the 90th anniversary of Amelia Earhart's solo transatlantic flight.
Join us for a pre-recorded film premiere with Aviation Curator from the National Air & Space Museum, Dorothy Cochrane.
A link to the film premiere will be released shortly.

Amelia's Speakeasy- Walled City Brewery
Friday 20th May 2022 7pm
Walled City Brewery presents a tribute to Amelia Earhart on the 90th anniversary of her historic landing.
A ticketed black tie event in the style of 1920's Speakeasy with prohibition-style cocktails using their very own Earhart Gin, beers and five course tasting menu.
All bookings can be made through https://www.facebook.com/walledcitybrewery/ 'Book Now' button.
Bookings are essential.
Any issues with booking email cat@walledcitybrewery.com

The Amelia Earhart Women of Substance Inaugural Lecture
Friday 20th May 2022 10am-1pm
Location: St. Cecilia's College
Guest Speaker: Julieann Campbell
Inspired by local history, she is perhaps most known locally for her work with the Bloody Sunday families and the new 50th anniversary book, 'On Bloody Sunday' (Monoray, 2022).
A relative herself and former Chair of the Bloody Sunday Trust- Julieann was recently invited to New York and Boston to speak about the 50th.

“But What Do Dreams Know of Boundaries” Launch of Earhart Mural
Friday 20th May 2022 2pm
Location: Galliagh Co-op, Galliagh, Derry
A new 48ft long piece of Street Art by Derry artist, Joe Campbell telling the story of Amelia Earhart's historic, record breaking, solo Atlantic flight and subsequent landing at Ballyarnett on the outskirts of Derry on May 21st 1932. The mural will feature Earhart's flight path, a large portrait of Amelia and one of her inspirational sayings, "But What Do Dreams Know of Boundaries" which it is hoped will act as a positive message for young and old in the area.

Earhart Schools STEM Project
Friday 20th May 2022
Location: Magee University The Great Hall
For the second consecutive year AELA have collaborated with The Technology department at St Marys to sponsor this exciting Aviation themed project. This has been expanded to include cross community and cross border schools all competing for the Amelia Earhart STEM trophy. This will take place in conjunction with UU and The Royal Academy of engineering.

Amelia Earhart Vintage Fashion Show
Saturday 21st May 2022
Location: Guildhall- Main Hall
North West Regional College students from the Hair and Beauty Department will showcase Hair and typical fashion from Amelia Earhart's Era 1920s and 1930s. The fashion show also hopes to capture some of Amelia's unique fashion line which was made up of wrinkle-free dresses, skirts, pants, and outerwear. The outfits were crafted for practicality and designed to suit the needs of "active women". They broke the mould for traditional women's dress during the 1930s.

The Earhart Prize for female Artists in Ireland
Studio 2 in partnership with Greater Shantallow Community Arts is offering a cash prize of £2,000 for an overall winner as part of the inaugural Earhart Prize for Female Painters in Ireland. The themes for the prize should consider and reflect the themes of female achievement, aspiration, aviation and flight and will open to female ainters aged 18 and over on the island of Ireland.
Closing date for entries is Friday 18th May 2022
For more info and to submit an entry: https://www.studio2derry.com/earhartprize

Books About Amelia
Date: Friday 20th- Friday 27th May 2022
Location: Foyle St. Little Acorns Bookstore
Window display to celebrate the 90th Anniversary of Amelia's Landing in Derry. In-store there will be Storytelling, Readings, and a range of books to purchase on Amelia.