You are here: Things to Do > Saint Augustine's Church 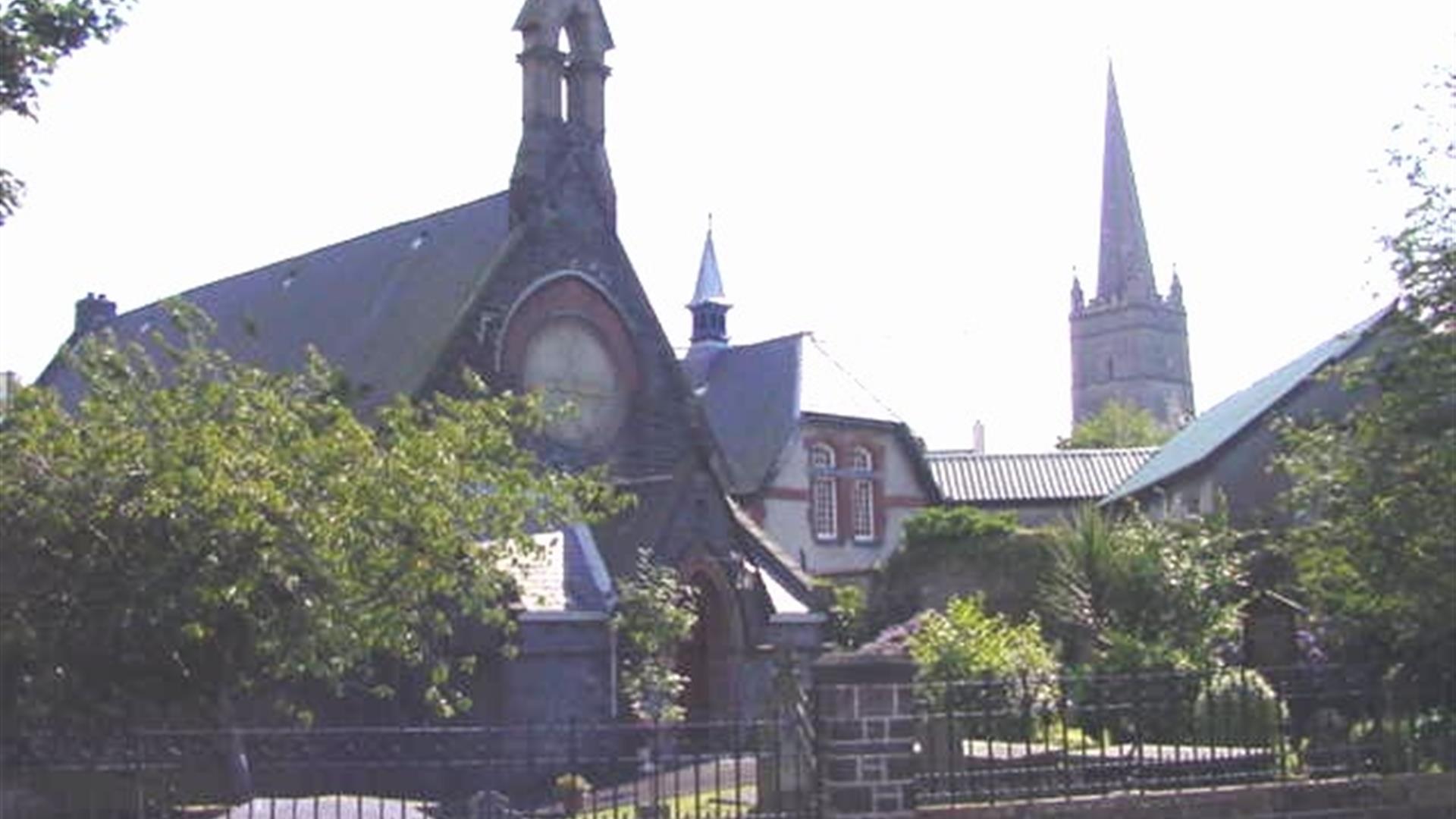 Architect: JG Ferguson. A neo-Gothic church of 1872. Built of whinstone with sandstone dressings, It is a very ancient church and is the site of St. Columba's/Colmcille monastery, founded 546AD.

In 1164 the ancient church was surrounded by a cashel and the new cathedral of Temple Mor was built outside the walls at the present site of Long Tower Chapel. From thenceforth, the little abbey on the site of St. Augustine's Church was called Dubh Regles (Black Church). In 1613, the Church, then named the Church of God in the Cittie of Derry, was used by the first settlers from England, Wales and Scotland and the cannonball containing the terms for surrender during the Siege 1688/1689 fell in the church graveyard. The present building dates from 1872 and was concecrated by Bishop William Alexander, husband of the famous hymn writer, Frances Cecil Alexander.

There are many famous graves in the graveyard. St. Augustine's has a history second to none and is a thriving, living church, with a faithful congregration. Our strapline reads: "We are a community whose hope is in Christ".

Directions from Town:
Located at end of Palace Street, off Bishop Street